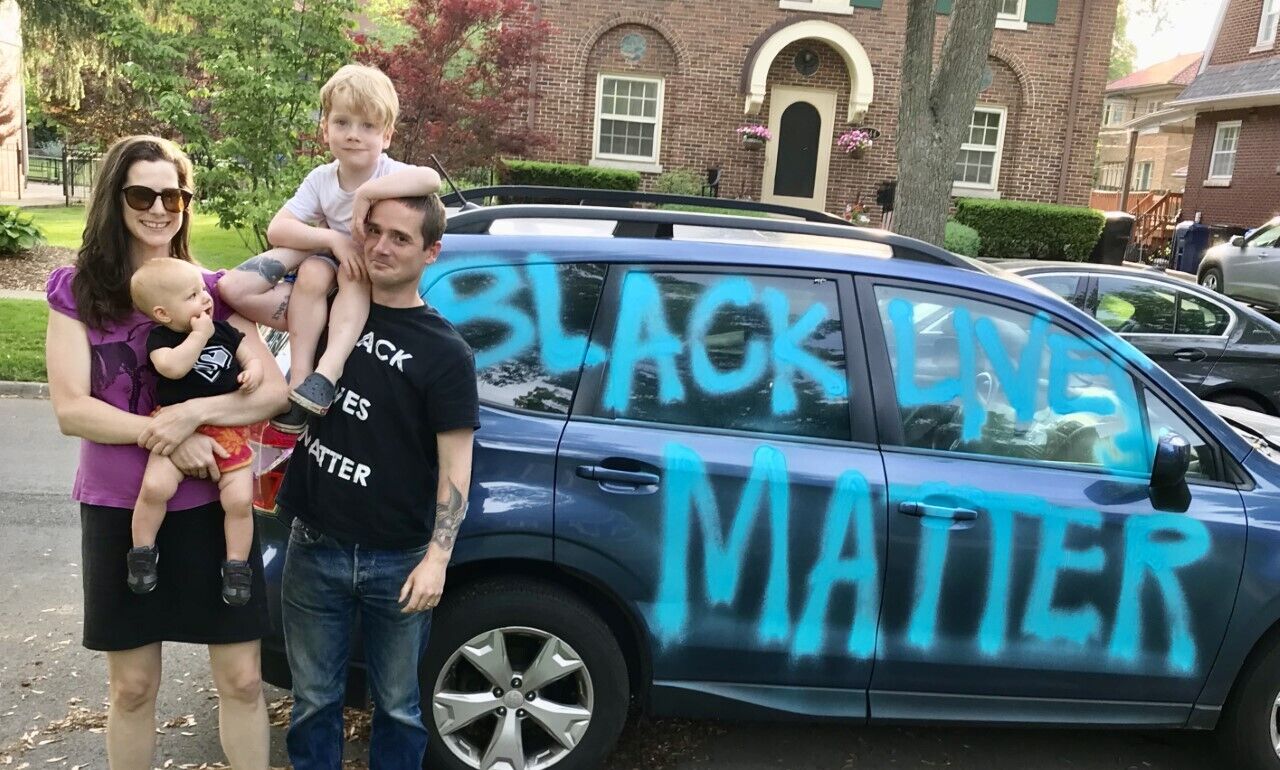 ‘Go set the world on fire,’ I remember those words so well, written across the banner hanging in the main room of our Dis-Orientation retreat center. I stared at them through each presentation and prayer that closing weekend of JVC and realized that I finally understood what they meant. JVC hadn’t been an interesting gap year where I was able to live in New York City and use all my good Samaritan skills to “help” people who needed help.  It was a year-long, daily agitation, and instruction in the profound and purposeful inequality in America.  It was a year of being lit on fire a little bit each day until I was engulfed. I finished my year of JVC full of anger about the world, but also full of purpose. I realized sitting there at Dis-orientation that to set the world on fire I needed to go out and help others find their anger and their purpose and use it to change the world.

I have been a union organizer for the past 15-years with UNITEHERE!, the union for hotel, gaming, airport, and food service workers.  I am currently in Chicago but spent almost a decade organizing in Texas and Florida. My job is to organize workers to find their own power and to teach workers how to use that power collectively to change the systems that keep wages low and keep poor people divided.  To do that we must all learn how to remove the layers of fear and doubt that hold us back from believing in our ability to affect change.  I love what I do.  But it is slow and incremental and can be heartbreakingly frustrating at times.

The laws in this country are written to protect the rich and powerful, at the expense of the workers who created their wealth. Watching the most marginalized unite and take on the most privileged—and win—despite all the obstacles placed before them is an experience like no other.  Winning wage increases or affordable healthcare or humane workloads changes the day to day life of workers and their families.  Often in profound ways.  But the biggest victory is seeing workers find their power and become set afire themselves.

This year of the coronavirus has been like living another year of JVC.  When I started organizing, I was electrified and consumed by my work in the movement.  15 years later, marriage, babies, aging parents, etc. my energy is split in so many directions.  But the pandemic has been a powerful re-agitation. The virus has laid-bare the systems that have always existed but can be forgotten in the race to survive.

Our cruel immigration system, that keeps millions of people without status sometimes for decades, keeps those same people without any access to unemployment benefits during a global pandemic, therefore creating a population desperate for work, no matter what the conditions or pay.  Our system of mass incarceration, which disproportionality affects Black and Latinx communities, forces the formerly incarcerated to list their criminal record on job applications for up to 10 years after leaving prison.  This leads to massive discrimination in hiring and again, a population desperate for jobs, no matter what the pay or conditions.

It is no coincidence that the majority of low-wage workers in America are from the same communities that are hardest hit by the coronavirus.  When we force people into jobs that don’t provide health insurance or sick days, is it any wonder that those same people are dying at a rate two to three times more than the rest of the population?  When we force people into jobs that don’t pay enough to live, let alone to save, is it any surprise that we are facing one of the biggest hunger crisis in modern America?

Yet billionaires have only gotten richer during the pandemic.  Jeff Bezos, the CEO of Amazon, saw his wealth increase by $25 Billion since January 1, while jobs at Amazon are described as “grueling,” and “inhumane,” and pay at or only slightly above minimum wage.  And Amazon warehouses have been host to some of the worst COVID-19 workplace outbreaks.  Who, exactly, do we think is packing those boxes?  Workers who, quite intentionally, have been left with few other choices.

I remain committed to continuing to light the world on fire for as long as I am able, and I often think about that banner at DisOrientation from JVC as I continue the fight. Don’t Mourn! Organize!

Sheila Gainer is a labor organizer working in Chicago, IL, where she was also born and raised. She is the youngest of six children, two of whom also did JVC: Bridget in Brooklyn and Maureen in Queens! Following in their footsteps Sheila was a member of the Brooklyn house 2003-04 and worked at the Urban Justice Center, providing legal assistance to homeless and low-wage families in New York and the boroughs. After a year as a volunteer and another year on staff Sheila moved back to Chicago to attend law school, but instead got involved in a union organizing campaign at her workplace. The experience changed her life and instead of becoming a lawyer, she became a staff organizer with UNITEHERE, the union representing hotel, gaming, airport, and food service workers. She has now been an organizer for nearly 15 years, 10 of which were spent organizing in the south. After 7 years in Miami and South Florida, Sheila decided to move back home to Chicago with her husband Patrick, also an organizer with UNITEHERE, and their two children, Patrick and Geraldine. She happily lives next door to her sister Maureen and close by to the rest of her family.