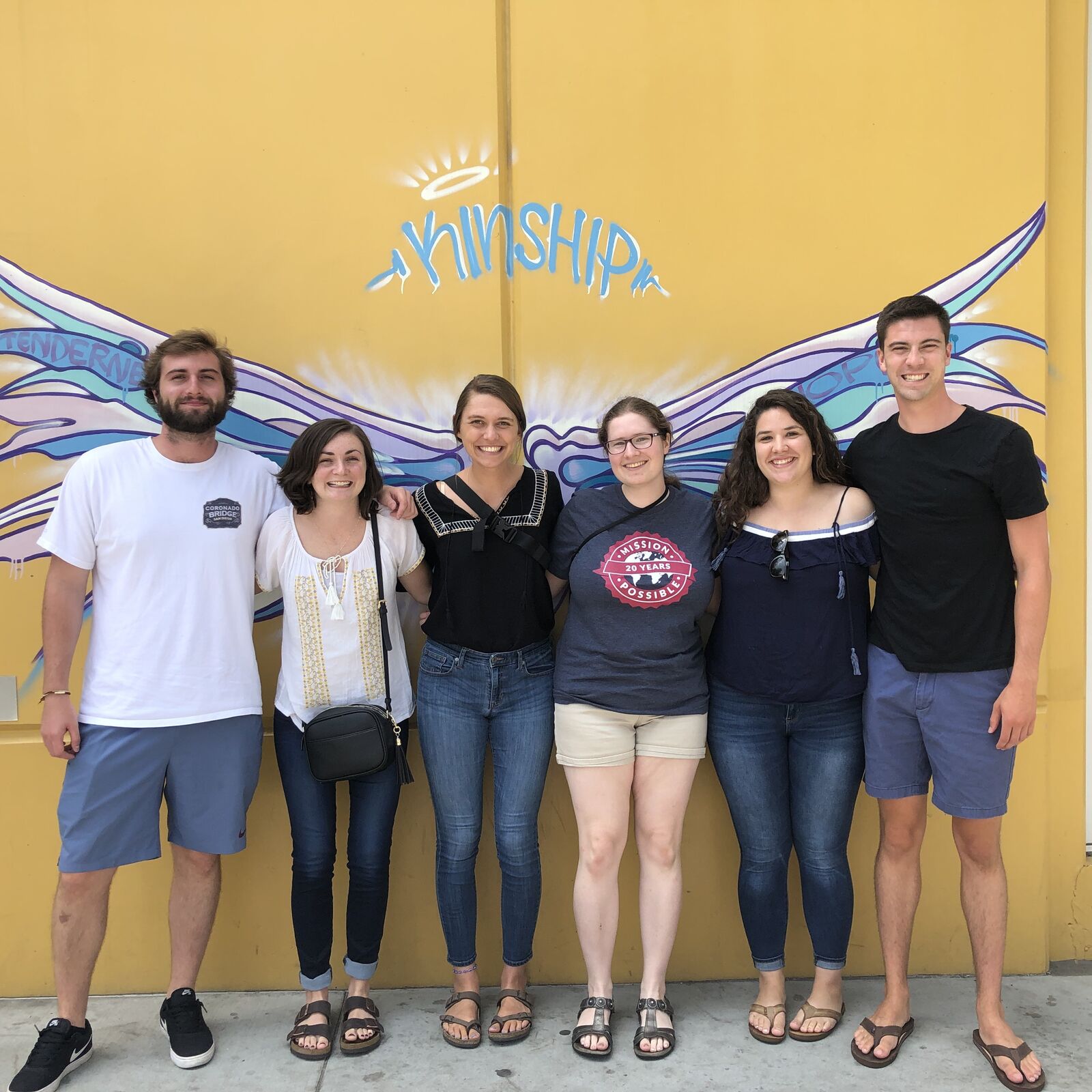 Browse our listings below for JVC events, happy hours, retreats, Solidarity on Tap and ways to socialize with local Jesuit Volunteers.

To promote your next event or gathering in the listings below, please contact Maria Gaughan at mgaughan@jesuitvolunteers.org 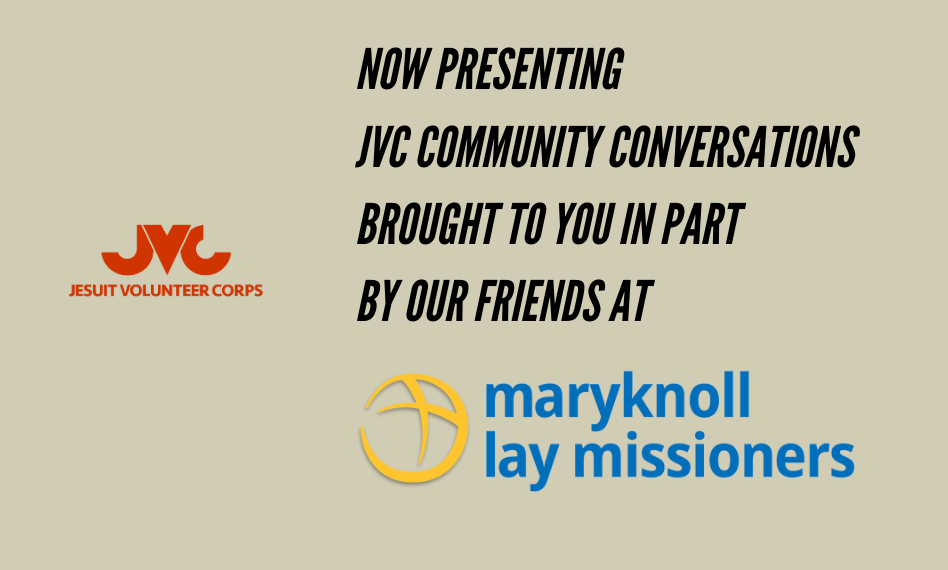 JVC Community Conversations are workshops or discussions led by like-minded presenters that address key topics of our time as they relate to our core values of spirituality, simple living, community, and social justice.

The River Daily is a month-long daily journaling practice, with prompts written by Kristen Trudo (they/them), a former Jesuit Volunteer. In this workshop, Kristen will facilitate an opportunity to engage with this practice. Based on their own style of practice, Kristen will guide participants through some movement, breath work, and meditation, before spending time with the question that inspired The River Daily: “If we imagined racism as a spiritual problem, how might that shift the ways we choose to grapple with it?” Individual reflection will be followed by a small group opportunity; and finally, some space to reflect with the larger group. This workshop is meant to invite curiosity and spaciousness when it comes to the ways we think about race, racialization, identity, and history.

Led by: FJV Kristen Trudo (they/them) who moved from California in twenty-fifteen to join the Jesuit Volunteer Corps and has been slinging shots of espresso and steaming milk for St. Louisans for over four years at Rise Coffee House. Their wellness is deeply dependent on living a creative life, especially as a writer. They started practicing Yoga in the summer of twenty-eighteen and found a connection that had been missing—to self, others, the universe. When they’re not on their mat, teaching Yoga, or making coffee, they’re living out the Taurus and Enneagram 4 dream by eating a lot of good food, listening to the same playlists on repeat, writing in more notebooks than they can count, and periodically contemplating the vastness of the universe. Kristen started The River Daily as a personal practice for contemplation around race, identity, and history, and began sharing it publicly after experiencing its transformative potential.

Join us for prayer each month! This time together is for centering, grounding and connecting to the purpose and values of the Jesuit Volunteer Corps. It is also an opportunity to build relationship with one another across time zones and JVC connections, and to bond with one another around our culture, which celebrates deep personal reflection and self-inquiry through prayer, meditation and Ignatian Spirituality.

Ready to start a Contemplative Circle, but still have some questions about ways to get/find members, or suggestions for best practices for engagement?

In this 30-minute call, we'll answer any questions you might have about how to kick-off your group!

Register in advance for this meeting online here!

The meetings to take place on Thursday, September 10th @ 11:30 AM ET or Monday, September 14th @ 6:00PM ET. Are you unavailable at that time?Please register at the link above to receive the call recording. After registering, you will receive a confirmation email containing information about joining the meeting.

Last month JVC Board of Directors and JVC Staff shared our new DEI landing page, and we announced our commitment to creating a long-term plan for how the nonprofit organization will work towards being equity-driven and sustaining a culture of belonging.

Whenever engaged in this work, it is necessary to include education and self-inquiry within the ongoing tools practiced. We shared that we ordered copies of a book for full-time staff to commit to reading together. Tomorrow kicks off our first caucus spaces for book discussions on Me and White Supremacy by Layla F. Saad for JVC Staff. We hope to address our individual relationship and experiences with the many topics covered throughout the New York Times Bestseller. And we look forward to thinking critically about the ways that these concepts show up in each of our roles and responsibilities within the Jesuit Volunteer Corps.

Our communities of volunteers have received a copy of Me and White Supremacy too. The invitation is for all volunteers to join us in this ongoing and continuous work towards self-inquiry, prayer, and action.

We wanted to invite you to do this work alongside us.

Our community and its ongoing commitment to the four values of spirituality, simple living, community, and social justice have been a focal point and thread that's connected many people to the transformational JVC experience over the last six decades. The invitation is for community members like yourself to self-organize and continue to carry out this commitment. We have created a downloadable guide for setting the foundation for your Contemplative Circle Groups, as well as a signup sheet for those looking to create or join groups too.

Get in touch with our outreach and engagement team to learn more about how to stay involved with JVC!