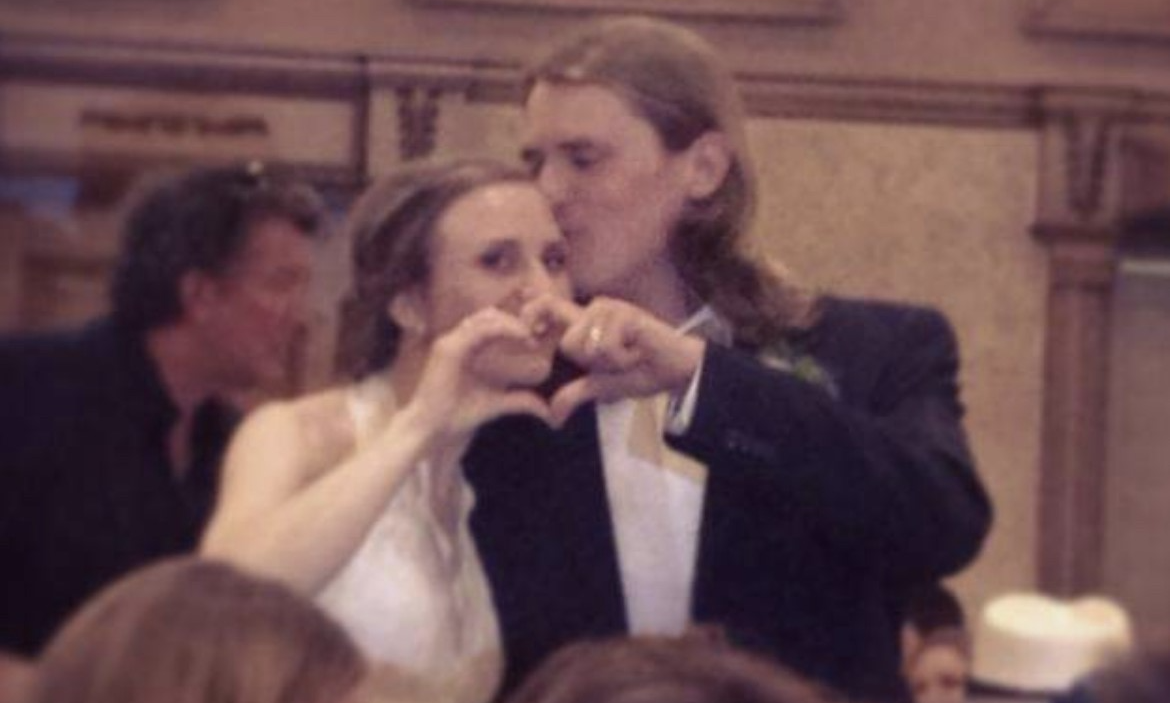 We met initially at the JVC Southwest Orientation retreat, but became friends during the Phoenix Thanksgiving gathering when we realized that we were equally silly individuals! I spent hours making Jack a book for Christmas that I told my housemates was for a “friend” even though they all clearly knew it was for Jack. I would save up my monthly stipends to spend on flights from Phoenix to LA and Jack would drive 6 hours each direction just to visit for the weekend. After many hours of phone conversations and text message chains full of inside jokes, we became an official couple during the early spring of our JV year.

I moved out to LA at the end of the program year and we got married 3 years later on April 6, 2013. Every member of both of our houses, Casa Sojourner Truth and Casa Maura Clarke joined us to celebrate our wedding, as well as dozens of other FJVs. We loved that our wedding was a big JVC reunion!

We were the support people for CMC for many years after where we got the opportunity to befriend and guide JVs during their year of service in LA. JVC is incredibly meaningful to both of us and we have done our best to continue to live by the 4 tenets. We moved up to the Central Coast of California last year to raise our young sons in a co-housing community where we get to again practice intentional community and simple living. We credit JVC for giving us a strong foundation for our relationship and the values that we are actively passing on to the next generation of F(uture) Jesuit Volunteers. We are sending our love to all the FJVs around the country whose lives have intersected with ours; we’re blessed to know each of you!

Juliette served in Phoenix and Jack served in Los Angeles during the 2009-2010 program year. They now live in California with their two sons, John and Christian.