By Martha and Michael Bonino-Britsch 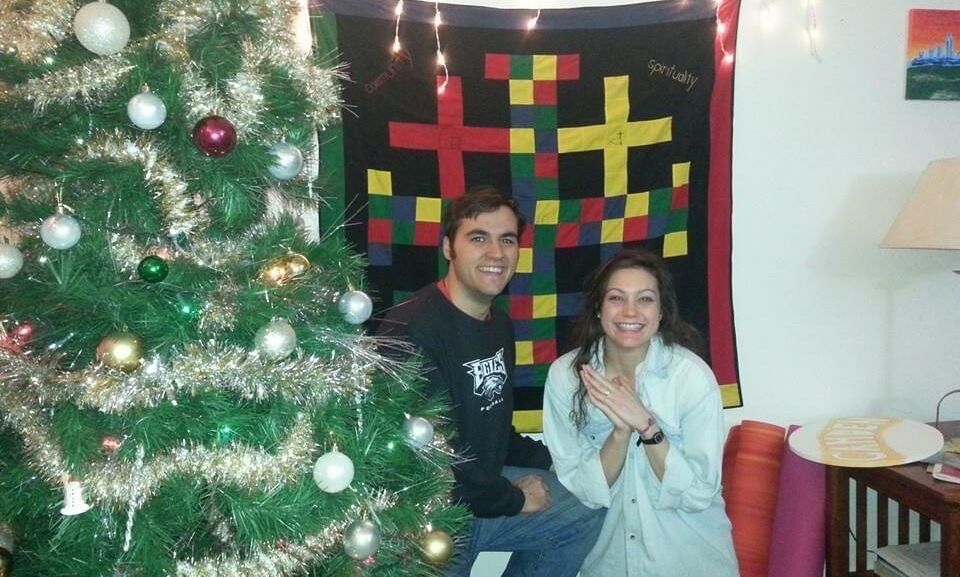 We first laid eyes on one another at Baltimore-Washington International Airport not knowing that three weeks later, we would be living in community and dating. Whoops!

We both worked for Fairshare Housing in Camden, New Jersey. Martha was the Youth Coordinator at the Margaret Donnelly O'Connor Education Center at Ethel Lawrence Homes while Michael was the Human Services Coordinator at Northgate II.

Our experience in Camden was pivotal in recognizing our own limits. Living in a community of parallels, marred by trauma, supported by deep love, helped us recognize how much responsibility we carry in this world as stewards of social justice.

Seven years later, we have a child on the way and are still committed to social justice. Martha works as a transplant nurse at the Cleveland Clinic while Michael works as a healthcare policy consultant.