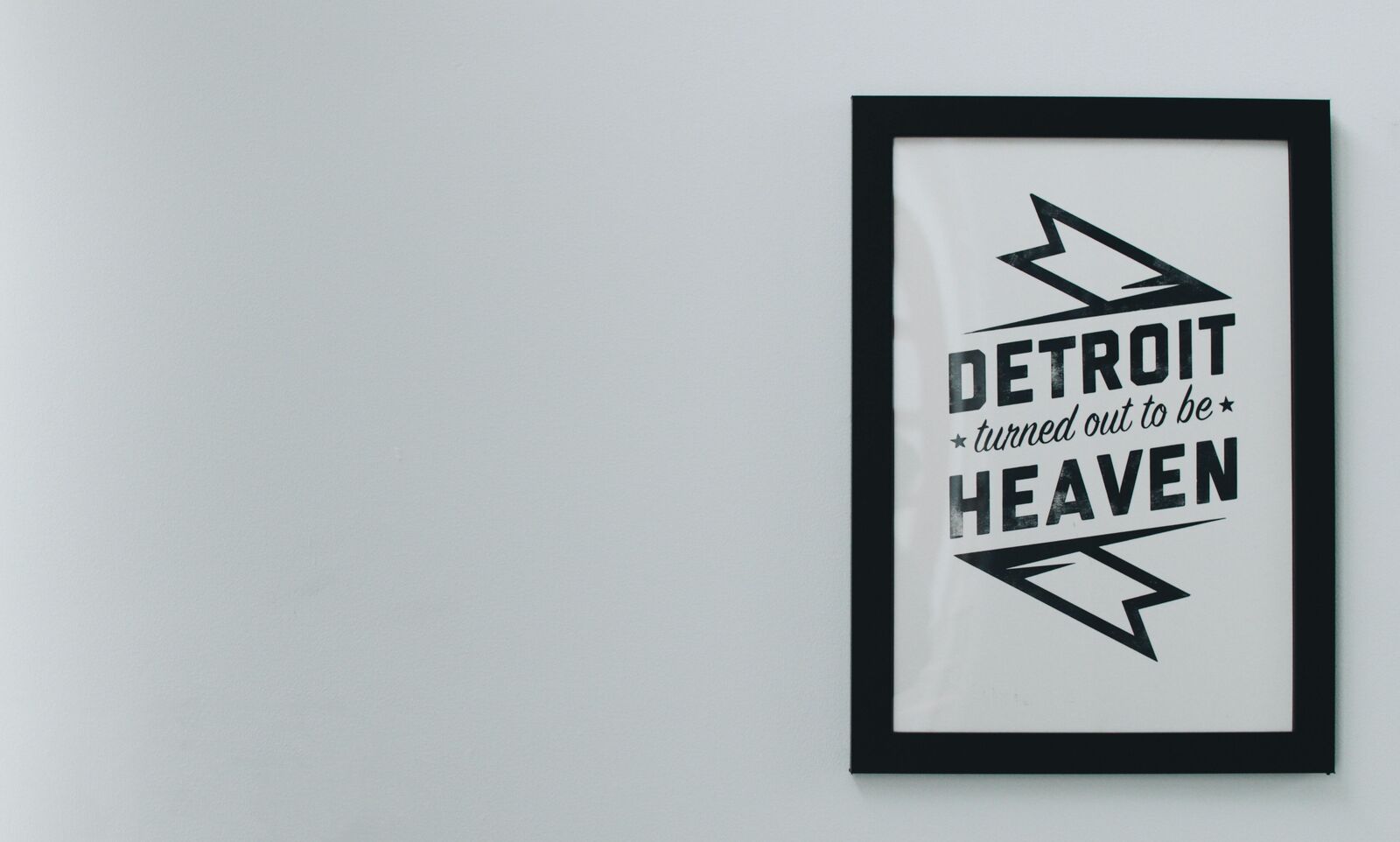 In August of 2000, I bid farewell to our house in southwest Detroit. This was where I completed my year of service with JVC. Twenty years later, the lessons I learned in that house impact my life every single day.

I came into JVC with my God in a neat little box. It was a pretty box, decorated with Bible verses, ribbons, and glitter. It was nice to look at, but it did not look right in southwest Detroit. It would take some time to see that God might walk the streets at night with the women from my agency who were sex workers. Or that God might be found in the addict who showed up looking for food at my housemate’s agency. What a difficult and mucky perspective for my clean, pretty, and what I’d learn was all coded language for a White God.

I thought I’d be bringing my well-dressed God *to* Detroit. But God had a surprise for me. She was already there.

One night, my housemates and I went to a parish where theologian Elizabeth Johnson was speaking. She explained that insisting on using exclusively male god-language created an idol. Constantly calling god “he” consciously or unconsciously makes us equate God with human males, which, in turn, makes us equate human males as more closely related to God.

Put succinctly, that night changed my life. Johnson’s reasoning and passion spoke to me an undeniable way. Let God out of the box. Of course, God was never in that box in the first place.

It was in Detroit I learned that we worship a God who gets her hands dirty, who cries over the injustice of the world, who gets angry when we torture each other the ways we do. This God absolutely walks with people at night in the street, asks for food from the local pantry, and weeps with the mothers whose children are brutalized by police. As one of my favorite preachers put it, “God has AIDS.” She is with us humans in every aspect of our suffering and oppression.

The God I met in Detroit was definitely not a white, American man. No- this God was a presence that defied gender or color or nationality. This was a God who was a lot like me -- and nothing like me at the same time.

This was a God who had been places I hadn’t. Girls living in houses with no heat. Girls whose fathers were in prison. Girls who were fighting like hell to get into college-prep high schools in the suburbs so they could go to college. These were my clients at Alternatives for Girls. And God was in them and among them- calling me to witness them - AND to do everything I could to make a world where they could be the people God made them to be.

Over my JVC year, prayer was more like God showing me what to pay attention to and me listening and asking why — why did all the white folks leave Detroit? Why are the schools so bad? Why are so many of the girls likely to end up working in prostitution? Why do so many black and brown men go to prison? Is this the world God wants? And - of course - for me the answer is no.

God was calling me on a great adventure to devote my life to discovering her/ him- in all kinds of unexpected places. And I wanted to go on that adventure. There really seemed like no other way for me to spend my life.

Molleen N. Dupree-Dominguez, M.Div. is a teacher, spiritual director, minister, and writer living in the beautiful Bay Area of California. She served as a Jesuit Volunteer in Detroit, Michigan from 1999-2000 working at Alternatives for Girls. She currently teaches Religious Studies at Bishop O’Dowd High School in Oakland. She earned a Master of Divinity from the Jesuit School in 2003. Since, she has worked in Service-Learning, parish ministry, and high school ministry and teaching. She hosts a podcast entitled On a Mission where she interviews people who are ready to get real and go deep with God, including former Jesuit Volunteers! Find more of her writing and information about her spiritual direction practice at molleendupreedominguez.com