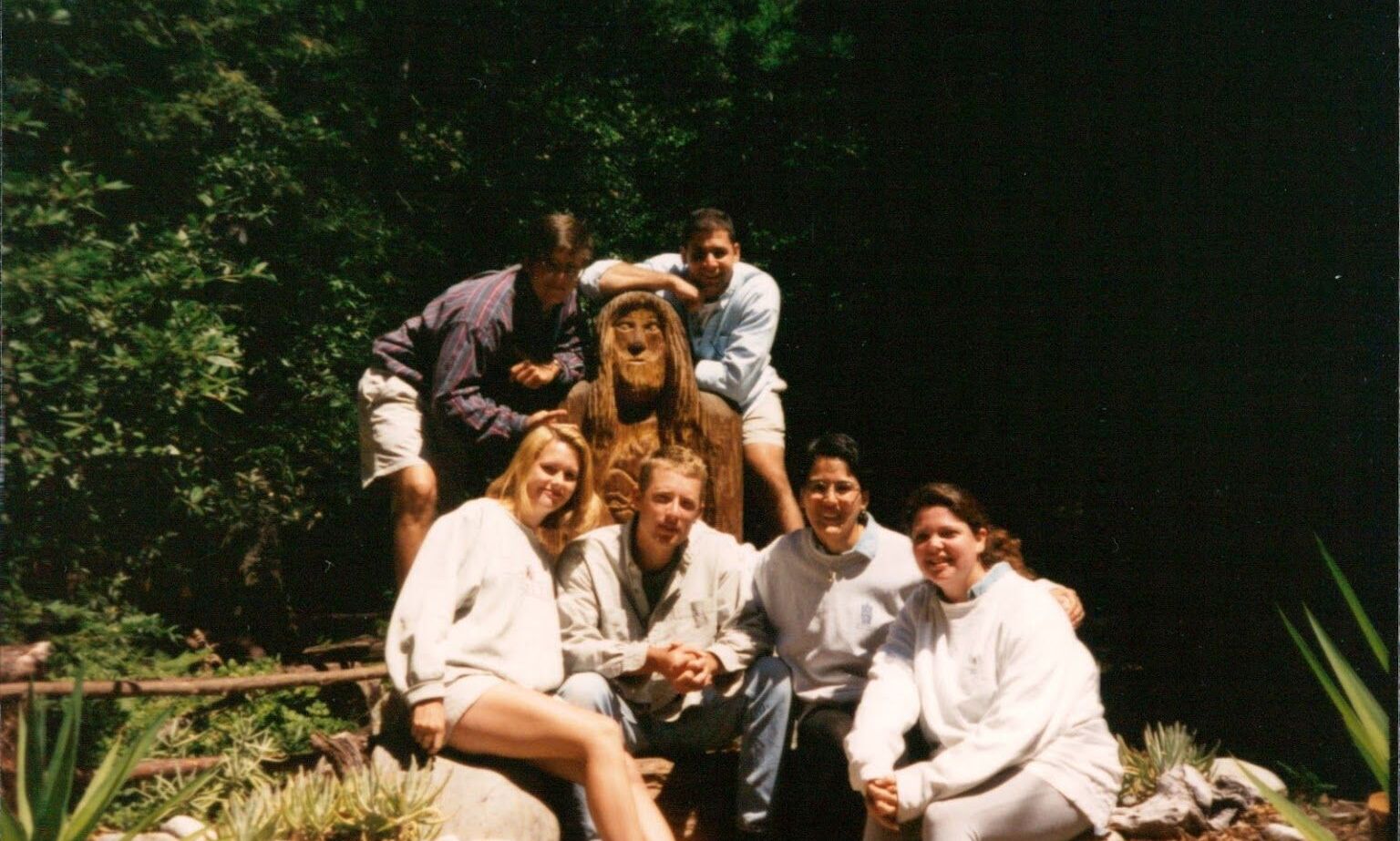 A year with the Jesuit Volunteer Corps in Visalia, California in the early 90’s meant a crash course in Lengua tacos, Tule fog, and big trees. Six of us - Harry, Kristi, Chris, Maria, Liz, and John - lived in a 1912 farmhouse, worked for various social services agencies in Tulare County, and inevitably became a family.

Since then, we have started our own families and built careers in different parts of the country. We have reunited for weddings and happily crossed paths when the winds of work/travel have brought us together. However, this summer we took a more intentional approach and gathered as six at a farm on the Missouri River outside of St. Louis.

It was faith and life-affirming.

Sure, there were plenty of stories from the JVC year tossed back and forth over the course of our days together. Sleeping under the stars in open bed pickup trucks and waking up covered by blankets of snow in Sequoia National Park. Working with clients and supervisors whose voices still ring clearly in our ears. Playing thousands of evening Euchre hands on a lacquered cable spool table with Dinosaur Jr. and Sonic Youth bouncing off the living room’s velvet wallpaper. But the most powerful story of all was the six of us.

Not every JVC community makes it through their year intact. Living by the principles of simplicity, community, social justice, and spirituality isn’t always easy for recent college graduates. The work placements are tough, the neighborhoods are challenging, and the way of proceeding demands a good deal of adjustment. But sometimes, those variables bring a JVC community closer. In our case, they made the six of us siblings.

"Over the course of the four days together on the Missouri River each of us recognized and were humbled by God’s presence among us. It was a presence that allowed for deep sharing, side-splitting laughter, powerful prayer, and lengthy periods of peace."

Each of us arrived separately in St. Louis this summer to a boisterous welcome. Jubilant yells were raised, hugs were given, and happy tears were shed as the six of us assembled at the airport. Even though a quarter century had passed, it felt like we had just parted company the day before. What creates that? What permits that phenomenon? One word: God.

Here’s an anecdote. Four of us arrived on Thursday afternoon, and we were waiting for Chris to come in on an evening flight from the west coast. At Kristi’s suggestion we picked up BBQ and drove over to the Cathedral Basilica of St. Louis to look at the mosaics. It was a hot day, and we arrived on the grounds at 5:45pm. Doors were locked. John ran around to the side to check other entrances. As he walked back a man on a bicycle came riding through the courtyard.

There are no strangers in John’s world, so he struck up a conversation. He joked to the man on the bicycle, “So, you don’t have the bishop’s phone number by any chance? We’ve heard good things about the mosaics.” The man on the bicycle replied, “Wait here.” A minute later the bicyclist, who turned out to be the Cathedral’s recently installed monsignor, returned with keys and brought us inside. For the next half-hour he graciously gave us a tour and explained the Cathedral’s history. Driving away with St. Louis BBQ perfuming the rented minivan we realized something auspicious was afoot.

Over the course of the four days together on the Missouri River each of us recognized and were humbled by God’s presence among us. It was a presence that allowed for deep sharing, side-splitting laughter, powerful prayer, and lengthy periods of peace. We broke bread, walked trails, and paddled lakes in a space of great joy. God brought us together twenty-six years ago, and that union continued to flourish thanks to a foundation made of rock.

None of us are sure what heaven is actually like. The happiness of eternal union with God is tough to get your head around. But periodically we catch glimpses. This reunion was one of them. Time indeed felt different during those four days. It didn’t stop, but it deepened. Rooted in a Divine joy it felt like something we could do indefinitely. It was natural. It fed our natures. The food we ate was some of the best we’ve tasted. The breezes we felt were some of the most refreshing. The fish we caught were some of the biggest (just kidding, but it was worth a shot). Life just assumed an added dimension of awesome.

Maybe the Missouri River is the best metaphor for the twenty-six years. It ran fast and deep along the edge of the farm, marking time with boat traffic during the day and luminescence at moonrise. Ages ago that river carved towering bluffs out of Katy Trail limestone and carried Osage and Illini through the Midwest. This summer it flowed through our reunion, reminding us of the passage of time, and our lasting impact on one another, our families, and those we serve.

Thank you, God, for opening us to this JVC community, for helping us commit to simple living, for challenging us to engage opportunities for social justice, for allowing us to celebrate spirituality with one another.